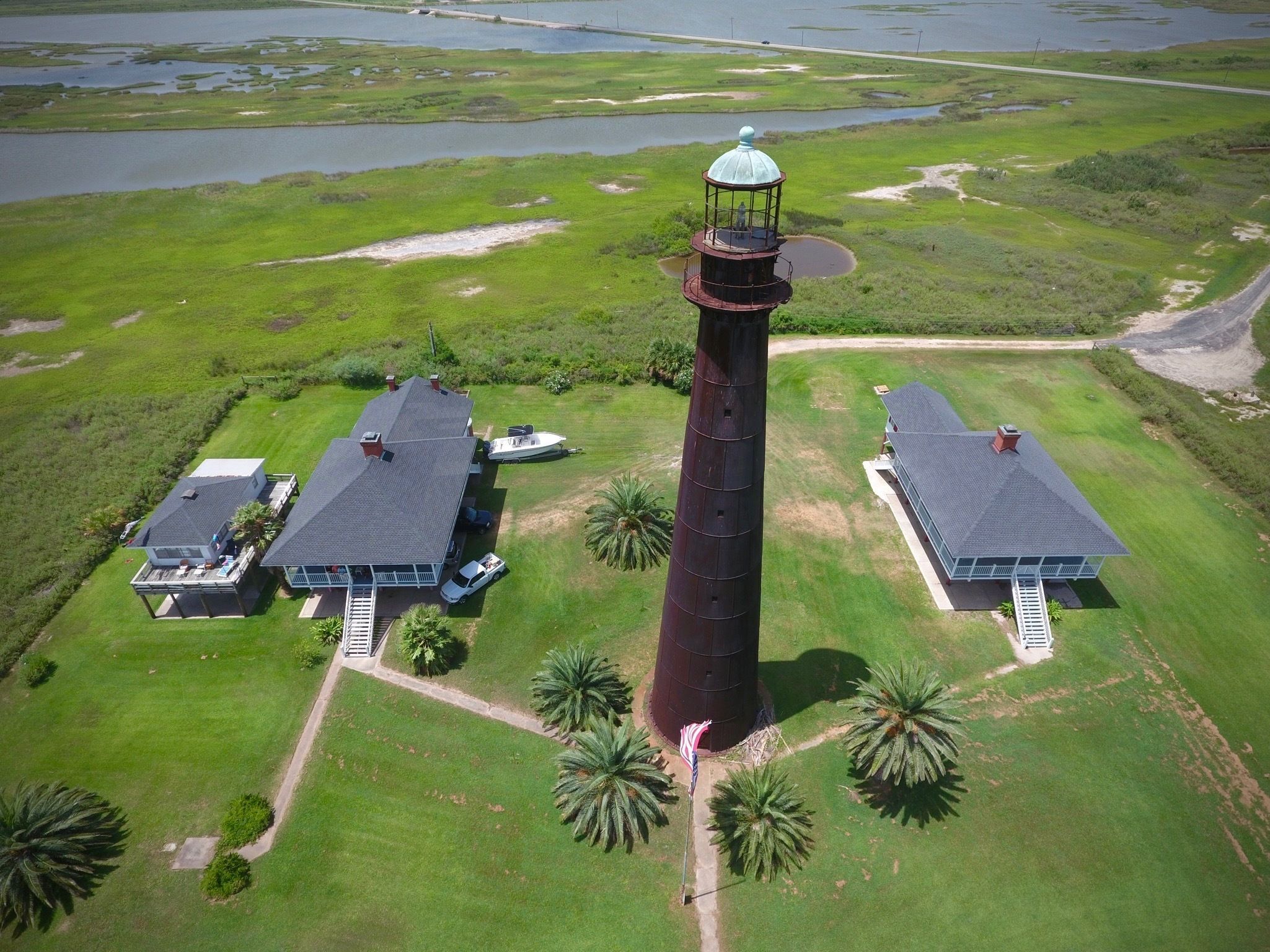 The newly released Preservation Texas Most Endangered Places list highlights historic sites that are in such a state of neglect and disrepair that immediate action is needed if they are to be saved. This year, however, the future is looking very bright for one building on that list: the Bolivar Point Lighthouse.

The lighthouse stands on Point Bolivar in Galveston Bay. When built in 1872, it was the only lighthouse to guide ships through the bay, and it was the tallest of its kind in the state at 117 feet. The lighthouse would have been the beacon spotted by ship captains, crew, and passengers as they entered the bay, including my husband’s own great-great-grandfather who immigrated from Germany via Galveston in 1898.

The Bolivar Point Lighthouse is beloved by locals and visitors who look for it when they are coming to and/or leaving the Galveston-Port Bolivar Ferry. However, the structure is in dire need of repairs before the iconic cupola falls and the structure is lost forever. Thankfully, the lighthouse has passionate advocates who are tirelessly working to ensure this never happens. They are led by Amy Maxwell Chase, Bolivar Point Lighthouse Foundation’s Executive Director. She has a personal interest in this project as the grand-niece of E. V. Boyt, who purchased the lighthouse in a 1947 private sale. Chase remembers the lighthouse and its supporting buildings fondly from childhood vacations spent on the property, and she has dedicated herself to saving and eventually opening it for public tours.

This past Fall, the Texas Historical Foundation awarded The Bolivar Point Lighthouse Foundation a grant to assist with some of the work that will be needed. But that won’t be an easy task. An assessment in 2018 vastly underestimated the cost of necessary repairs. The top is in danger of falling off during a strong storm, requiring its full removal and replacement. Before that can be done, however, an architectural firm must painstakingly record and measure the cupola so that an exact replica can be fabricated. The Foundation has hired Architexas for this work, a firm with an impressive track record of saving and restoring countless historic structures in the Lone Star State. 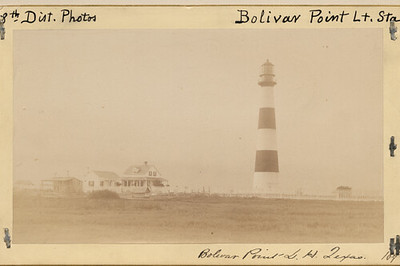 The lighthouse’s original Fresnel lens is currently housed at the Smithsonian Museum in Washington, D.C., and that piece too will require replication. Thankfully, a recent assessment showed that the bolts and rods in the body of the lighthouse are in excellent condition. Once structural restoration is complete, the original black-and-white stripes will be painted back onto the structure.

Bolivar Point Lighthouse has withstood many storms through the years, including the hurricane of 1900 that devastated Galveston, when the structure served as a safe shelter for 125 people. It also survived the 1915 storm, Hurricane Ida in 2021, and many others that threatened to erase the beacon from history. But, it still stands, in fact celebrating its 150th anniversary this past November. The outpouring of love for the lighthouse has surprised Chase, who noted that people come from across the country just to view it from the gate.  She also receives mail requests from lighthouse enthusiasts for passport stamps to add to their United States Lighthouse Society Passport books, and she happily obliges.

The Texas Historical Foundation was pleased to support this project in its 2022 round of awarded grants, and along with many others, cannot wait to see Bolivar Point Lighthouse shine bright once again on Galveston Bay.