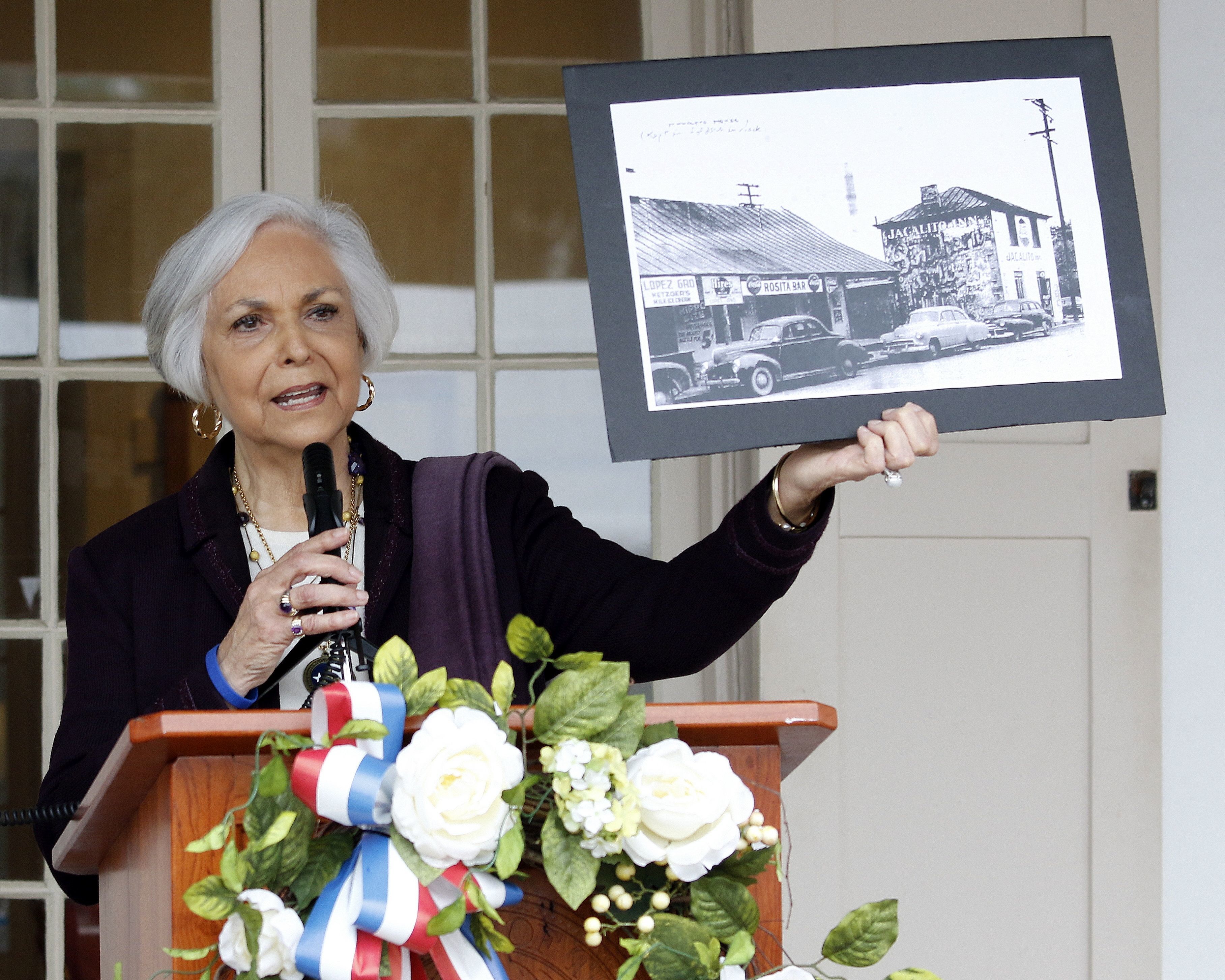 Sylvia Tillotson, THF Vice President - Dallas, has been working in the arena of historic preservation for over 15 years. Her personal ties to Texas history have fueled her passion for saving the history of the Lone Star State. We recently asked her a few questions about her work with THF and why historic preservation is important.

Can you tell us what you do for the Texas Historical Foundation:

Tillotson: I have been a member of the Texas Historical Foundation (THF) for about seven years and currently serve as vice president of the organization.

Do you have a primary area of focus in historic preservation?

Tillotson: My primary focus in the preservation of Texas history has been an ongoing project for the historic site and ancestral home of José Antonio Navarro, Texas patriot and my great-great-great grandfather. He and his uncle were the only native Texans to sign the Texas Declaration of Independence at Washington-on- the-Brazos. That was one of many important facts I never knew until getting involved in the preservation of Texas history, the publication of Navarro’s biography, and the renewal of the historic Navarro house.

Do you work in a particular area or region of Texas?

Tillotson: His home is located in the heart of downtown San Antonio on the former historic Camino Real, in the district then known as Laredito.  Since I reside in Dallas, the project required frequent travel to San Antonio for the first seven years. Initially, I spent many weeks out of the months in the Alamo City, founding a Friends group, initiating interest, and raising funds for the site and the Navarro biography. During the past 15 years, I have commuted many miles to San Antonio to work on a multitude of various projects.

What influenced you to work in historic preservation? How did you get your start?

Tillotson: An unexpected happening—an infant child—led me to become active in historic preservation. That was the birth of my grandson who was born in Dallas, named after Navarro, and baptized in San Antonio. That ceremony was held in the historic San Fernando Cathedral where many generations of the Navarro family were baptized, including José Antonio Navarro. After my grandson’s christening, a reception at the historic home brought together many family members, descendants, and friends. Only a few guests had been to the site previously. They did not know the Navarro history other than being familiar with his famous Texas name. A tour and brief history given to the guests during the celebration began my journey and quest into Texas historical preservation.

Why is it important that people understand and think about historic preservation?

Tillotson: It was important to learn about a historical figure who helped shape the future of the Lone Star State. Navarro was one of the most influential Texas political figures of the 19th century. When history is preserved and learned, it teaches people to understand the past and learn more about themselves and their heritage. In preserving Navarro history, it has now been spread far and wide. The information has been taught and celebrated in numerous ways during the years, reaching hundreds of descendants, the community, and the public. To me, historical preservation is the key that unlocks and opens doors for understanding of the past, the present, and the future.

What do you love most about Texas?

Tillotson: I have a love and a passion for Texas which means I love the people of Texas! I love the spirit, the bravado, the pride, the warmth, the passion, the courage, the friendly and generous nature of the people, the patriotism, and the independence that are at the core and heart of this state. All these traits are evident in the history of the Texans, the Tejanos, and the Texians throughout the centuries that led to the creation of the state.

What’s your favorite part of your work?

Tillotson: It is difficult to choose the favorite part of my work.  I have learned so much about my Texas heritage that I would never have known otherwise.  I have been privileged to pass this history on as a legacy to our family and to the public. I have discovered and developed close relationships with new relatives and friends.

What is your biggest career/personal achievement?

Tillotson: The biggest personal achievement is the completion of the many major projects that have helped educate and promote Texas’ fight for freedom and its formation as a state. It has been and continues to be most gratifying to see the historical preservation and education efforts I helped begin in 2006 carried on today. That said, there have been many challenges during the past years. The main one is combining work with family obligations. It seems there is never enough time or hours in the day to devote to both.

Are there people in your field that you admire?

Tillotson: In my many experiences, I have come to admire the volunteers who give selflessly and never receive the credit or limelight for their efforts. Without those individuals who give behind the scenes, much of the work in preservation would not get accomplished.

What are some important contributions made by women throughout Texas history?

Tillotson: In the early pioneer days, many of the heroic women who were the backbone of Texas history were not written about or photographed. We have little or no knowledge of the many important contributions they have made in history.

Tillotson: I am fortunate to have the backing needed to contribute in significant ways that help preserve an important part of Texas history. Had I not had the full support and understanding of my husband, John, I would never have been able to accomplish the many works during the past 15 years. Both my husband and I love being members of THF.  It has given us further opportunities to reach into Texas history and expand our horizons. I love that THF is not limited to one area but is an organization that encompasses all the historical aspects of Lone Star historical preservation.

For more information on how you can start your own historical preservation journey, click here.