A Picture is Forever, Right? 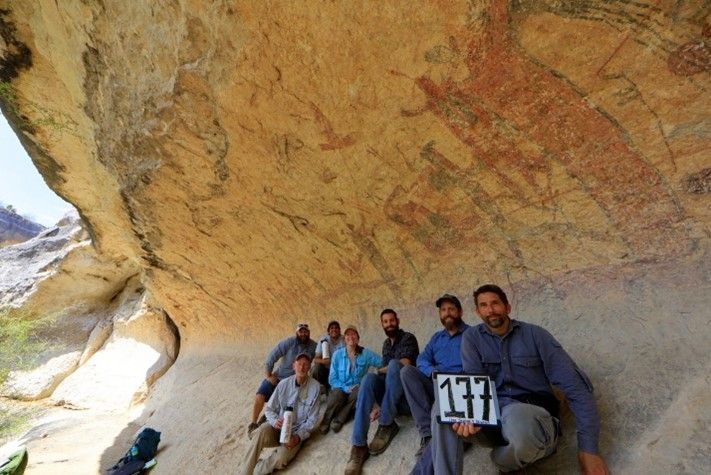 Recently, my brother asked me if I could send him a picture of his daughter Harper’s first birthday in 2013. I stared at him, mute, as that meant going through three phones, eight photo storage apps, 12 flash drives, hundreds of phone updates, and thousands of downloads that had occurred in the interim. I had no idea where to find the pictures he wanted. Of course, at the time, as a proud aunt snapping every adorable icing smoosh, I was certain I had captured the precious moment forever.

Turns out, in normal life, as in archeology, preservation of the past is only as good as your curation and accessibility platform.

Yup, you guessed it. I found a few snaps on Facebook.

When Shumla launched the Alexandria Project, created to preserve the record of the area’s prehistoric rock art murals, some as old as 4,000 years old, in 2017, we were a team on fire. Our group had seen too many irreplaceable ancient murals in the canyonlands lost to flooding and deterioration. So, a plan was made to reach and document as many of the rock art panels as possible in just four years. The goal was to capture images in order to develop high-resolution 2D gigapanoramas (highly detailed panoramic photographs that contain billions of pixels) and 3D models of each panel. The art cannot be saved in its original location, but it could be preserved in its current state for study and enjoyment in the future. Four years later and 233 panels documented, a whopping 25 terabytes of data had been generated—that would be about 8,300,000 photos of Harper’s birthday.

Editor’s note: In a 2016 article in Texas HERITAGE magazine, Hamlin explained how the team used high-resolution imaging and a handheld digital microscope to not only record the murals, but to identify each individual layer of paint. This microscopic analysis allowed the archeologists to reconstruct the sequence of each mural’s construction and to see a pattern: the order of colors applied in each mural was the same. This indicated that the arrangement of the murals, some spanning more than 30 feet, was planned in advance.

With documentation complete, we walked into 2021 with the glow of a job well done. The field work was complete! But, as any archeologist knows, the real job was just beginning. The information gathered from artifacts or, in this case, images in the field, is only a fraction of the knowledge to be gained once they are properly studied. Analysis can take a lifetime or even a few lifetimes. Many articles and books can be written on a single archeological site. Imagine the research potential of these 233 painted representations of stories and beliefs.

I have to admit, I was a bit naïve at the beginning of the project, not thinking in terms of terabytes and curation funds or how to make the data accessible for researchers. I was just focused on raising enough money to pay the team to capture the images. But Shumla’s mission is preservation. A Facebook photo album would not suffice.

Now, we have embarked on the mammoth task of preserving the captured images. During the next three years, the Alexandria Project Archive will be the focus of a massive curation project. First, the information will be individually checked to make sure all files and folders are clearly named and easily accessible and that each image is stored correctly in the database. Next, the data will be migrated to Texas State University’s archeological curatorial facility, the Center for Archaeological Studies (CAS). Finally, the Alexandria Project Archive will be brought online in a user-friendly platform with different levels of access depending on the agreements for public sharing made with the mural’s landowners.

Have your eyes glazed over? I understand! This is not the most exciting part of archeology, but it may be the most necessary. If these images and data are not preserved in a manageable way, this four-year preservation project would be no better than me taking pictures with an old phone at my niece Harper’s birthday. The ancient people who painted these murals created them as a communication tool. While we have already learned so much from the rock art, there is much more knowledge to acquire. Imagine Harper’s great-granddaughter, powering up her computer in 2121 and seeing images of a site long disappeared from the landscape and discovering things we never thought to look for! A good aunt can hope….

*Editor’s note: In this blog post, the spelling of archeology/archeologist (THF style) and archaeological (in the Shumla and Center for Archaeological Studies name) is intentional.