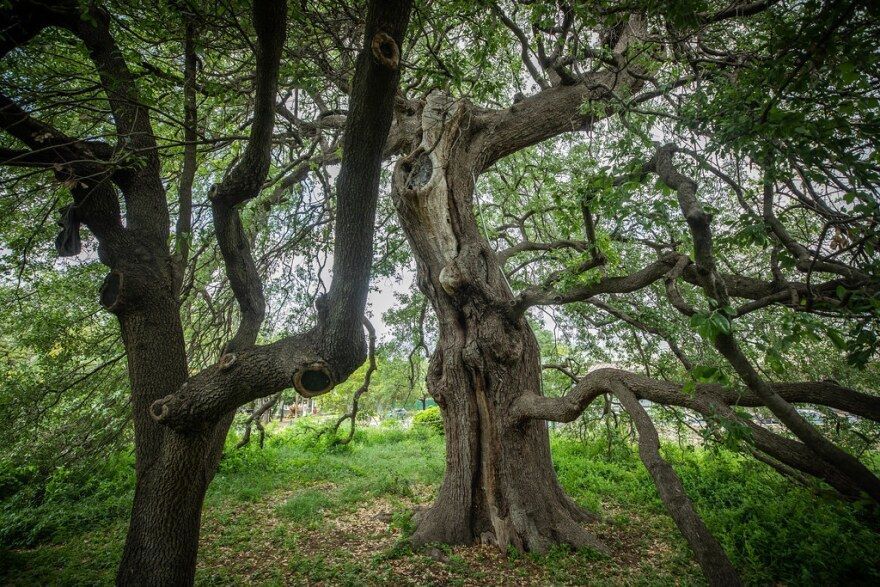 Austin’s Treaty Oak is a tree, but it’s also a story. It’s the kind of tale that’s recounted in children’s plays, like Austin’s version of the first Thanksgiving.

The story goes that around 600 years ago, a seed fell to the ground and grew into a mighty oak. It was one of a group of trees known as the Council Oaks because tribal meetings happened there. This special tree was said to have magical properties. One legend says that if you made tea with its acorns or leaves you would become invincible in battle; another held that drinking the tea made you a faithful lover.

The tree gained new significance after the Anglo colonists showed up. Stephen F. Austin is said to have signed a treaty with local tribes under the oak, granting it its name.

None of this really happened. (Or, if you prefer, there seems to be no evidence that it did.)

What’s more likely is that the Treaty Oak, on land that’s now near Fifth Street and Lamar, is part of an American tradition of declaring some trees special to protect them from the woodsman’s ax.