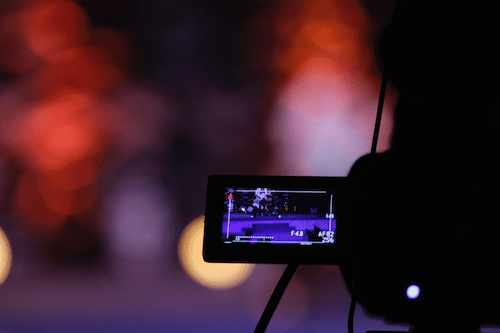 The Peopling of the Americas: How One Texan's Dedication Changed the Narrative Forever

Who were the first people in the Americas?  Where did they come from and when?

These questions have intrigued Mike Collins, Texas born archeologist and lithic (stone tool) specialist, since childhood and fueled his lifelong work. His quest to learn about prehistoric people led him through rock shelters, caves, and coastlines across four continents, where he learned about stone tools from some of the world’s foremost scholars.

Near the pinnacle of his career, an unusual find by a collector–several engraved stones–drew Collins to a spot in rural Central Texas that had been looted for nearly a century.

Others wrote it off as destroyed, but after excavating a second find–a woolly mammoth jaw and ancient horse bones surrounded by a large number of prehistoric artifacts–Collins sized up the property as the “real deal”—quite possibly a camp for hunter-gatherers who roamed this continent during the last ice age.

Editor’s Note: The last glacial period occurred approximately 115,000 to 11,700 years ago, and human migration during this period is the subject of considerable debate. For a recent discovery and renewed discussion, see the article here.

Unable to secure the rights for a full archeological excavation, Collins was forced to walk away, knowing that, with every artifact dug up and carried away for sale or display on a shelf, precious knowledge was being lost forever.

Ultimately, during the next 30 years, Collins would risk his reputation and leverage everything he had to secure what is now known as The Gault Archaeological Site. He rallied an army of professional and avocational archeologists who, together, overcame overwhelming odds to reveal the spot, just 45 miles northwest of Austin, as one of the most groundbreaking sites of prehistoric life in the Western Hemisphere.

“It’s one of the most fascinating stories that can be told,’’ said Elton Prewitt, a retired archeologist who has worked alongside Collins for decades.

“Here is an honest-to-goodness laboratory of human occupation of the New World. It had been looted and plundered for decades by people digging for arrowheads, surrounded by strip mines, and the fact that it survived all that, and then Mike was able to pull it out of the fire?  It’s just mind-boggling to think of how unlikely that was to happen.”

Eventually, Collins and his team found evidence of people living deep in the heart of Texas 20,000 years ago—thousands of years before scholars thought humans first ventured into the Americas.

Discoveries at Gault upended the long-held notion that the first people to set foot on this continent were the group called the Clovis culture. These big game hunters, defined by their common use of specific artifact types, walked across the frozen land connecting Siberia with modern-day Alaska. But they only arrived approximately 13,500 years ago –more than 6,000 years after the evidence of human occupation at Gault.

Overall, Collins and his team uncovered an unprecedented group of more than two million artifacts at Gault, including the largest collection of Clovis artifacts ever found in one location and, a smaller assemblage of stone tools that predated those artifacts. In fact, the stratigraphy (the sequence of deposition in the ground) uncovered at the site represents all of the 22 known Paleoindian cultures in Texas and contained a series of incised stones that may be some of the earliest pieces of art in the Americas.

Altogether, the knowledge gleaned from Gault is changing the entire conversation about when and where people lived in the Americas during the last ice age.

The Gault Film, a documentary currently in production, will reveal how Collins overcame threats that jeopardized the project, dodged turf and credibility wars with other archeologists, and, through genuine dedication and education, stayed connected to the landowners even when his aspirations for the site’s future conflicted with theirs.

The documentary also will share some of Mike Collins’ personal struggles, such as when he dipped into personal savings to purchase the property and donate it to The Archaeological Conservancy for protection in perpetuity.

“Nobody believed in his dreams the way we did,” Collins’ spouse Karen said.

Dr. Bruce Bradley, co-principal investigator at Gault and Professor Emeritus at the University of Exeter, said, “Everything in Mike’s life and career came together to save this special place, capping a stellar and unconventional career.”

Bradley and many others say it was Collins’ spirit of generosity and his determination to share knowledge for the benefit of the public that prevailed at Gault.

“What he had to go through to buy the site and donate it is above and beyond, yet he was criticized within the profession for doing this,’’ Bradley said. “He put his money where his mouth is.”

Olive Talley, producer of the documentary, said, “To me, Collins sets the bar for putting it all on the line with exacting standards and high ideals in pursuit of dreams that benefit(ed) the greater good.  As we struggle in our society to navigate a pandemic and a divided political landscape, it’s refreshing to be reminded how one person’s passion and perseverance can make a difference.”

Olive Talley is an award-winning producer, director, and writer. She is a three-time Emmy nominee, a Pulitzer Prize finalist, and winner of dozens of national and state awards. Her latest project, a documentary called the Gault Film, which details the history of the archaeological site and Mike Collin’s personal story, was the recipient of a recent THF grant in October 2021.

*Editor’s note: In this blog post, the spelling of archeology/archeologist (THF style) and archaeological (in the Archaeological Conservancy name) is intentional.